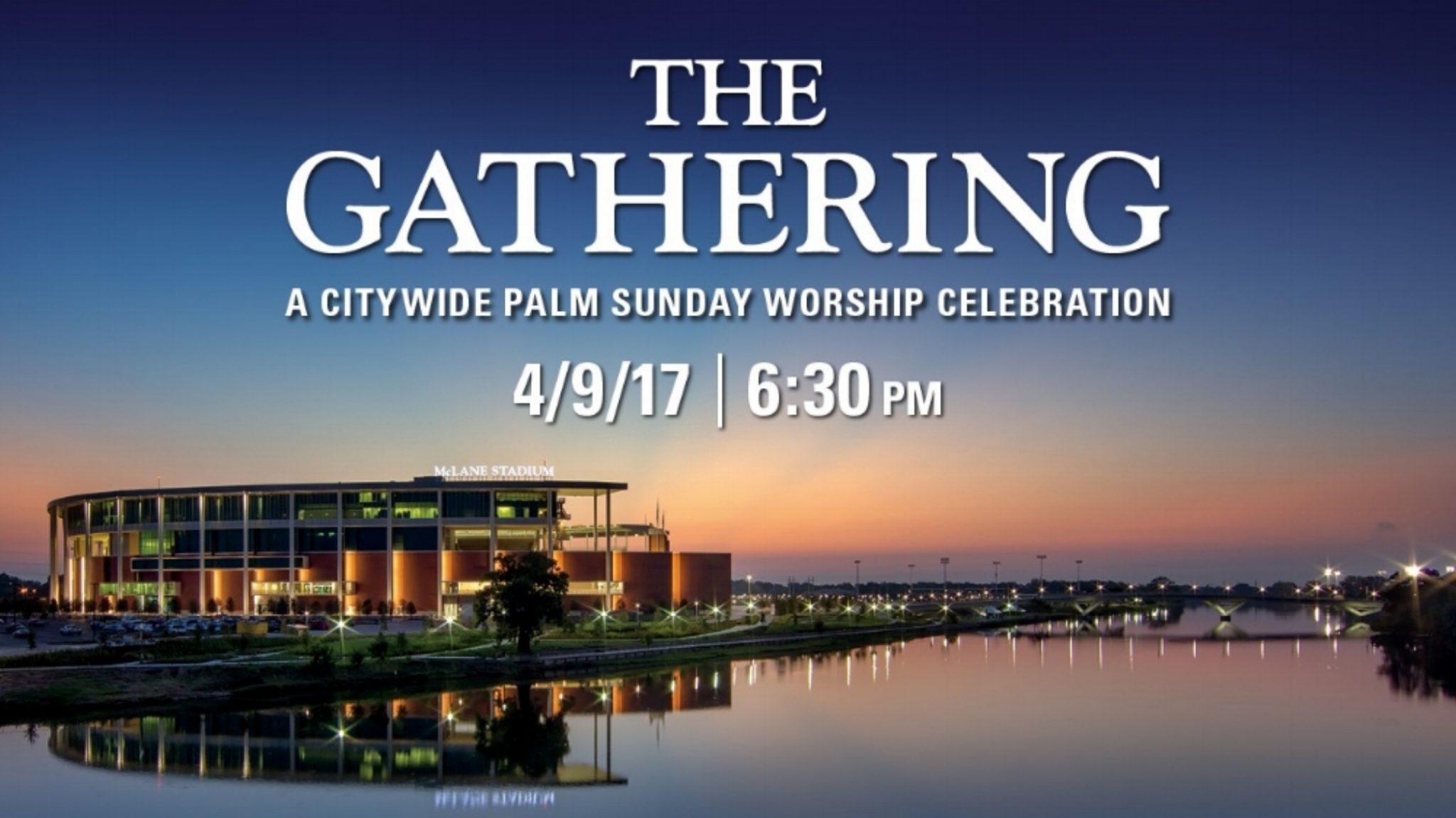 IBN Television has partnered with The Gathering to broadcast live the evangelistic Palm Sunday outreach from Baylor’s McLane Stadium filled with thousands of believers committed to sharing their faith with the communities of Waco, TX.

In 1869, the Waco Suspension Bridge was first opened for traffic across the Brazos River. Situated between Austin and Dallas, Waco was located on the important Chisholm Trail, the north-south route used to transport cattle from ranches in Texas to railheads in Kansas. But before the bridge was built, anyone wanting to cross the Brazos River relied on a ferry, a dangerous, if not time-consuming, prospect. This bridge served to more readily connect communities of people and businesses that once struggled to cross the expansive Brazos River. In one day, a bridge was crossed that continues to stand 146 years later.

On Palm Sunday, April 9, 2017 another kind of bridge is being built in Waco, one between the church and the community. On this night an historic event will take place at Baylor’s McLane Stadium where The Church of Waco and beyond will come together for one evening to worship God in one place! It will be a fantastic Pre-Easter celebration featuring Miles McPherson and local testimonies including Coach Scott Drew. In addition, we are forming a combined mass choir to join in the worship celebration under the leadership of Dr. Jimmy Hunter and Gary Rhodes where a 1,000 voices join together in one voice!